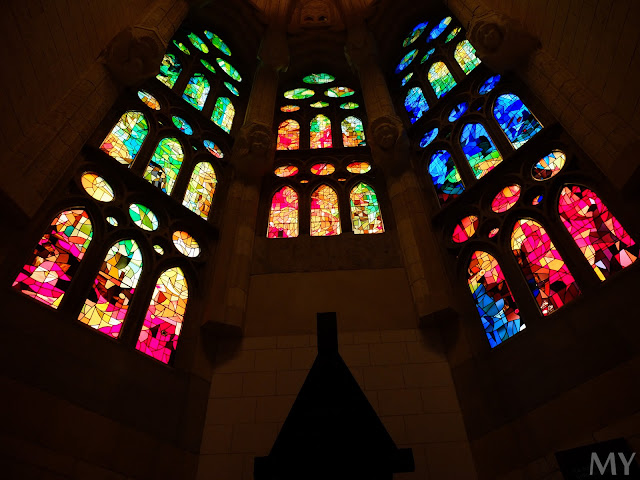 colour of the shadow


Next stop : Barcelona!!
Barcelona is the second biggest city in Spain after Madrid and
it is also one of the most populous city in Europe.
Other then that,they are also the capital for the Catalonia which is the autonomous community of Spain.
(I don;t really know this until recently,but when you are in Barcelona,you can never miss the Catalonia flag)
Aside from that, i am sure every football fan or even non-football fans know that Barcelona Football Club is one of the best in the world. Barca!!! 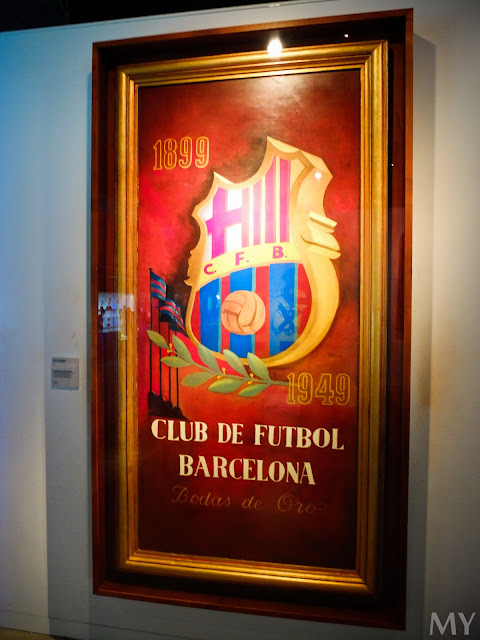 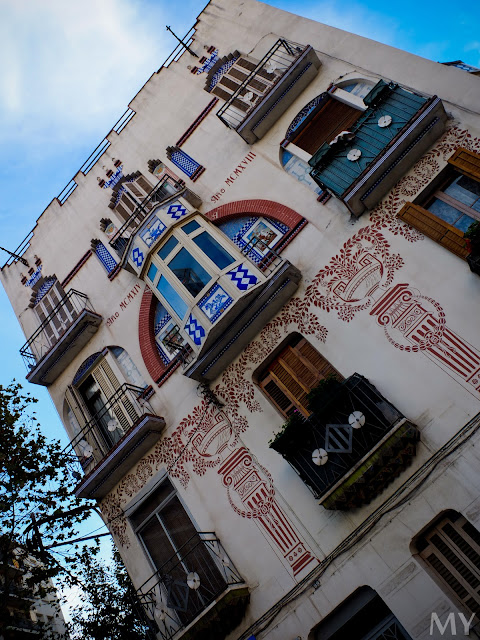 Untitled
typical building in Barcelona
For me, Barcelona is a very busy and crazy city.
there are so many people all round with the crazy traffic.
Peaceful, is definitely not a suitable word to express this city
but it is awesome.Cheers!! 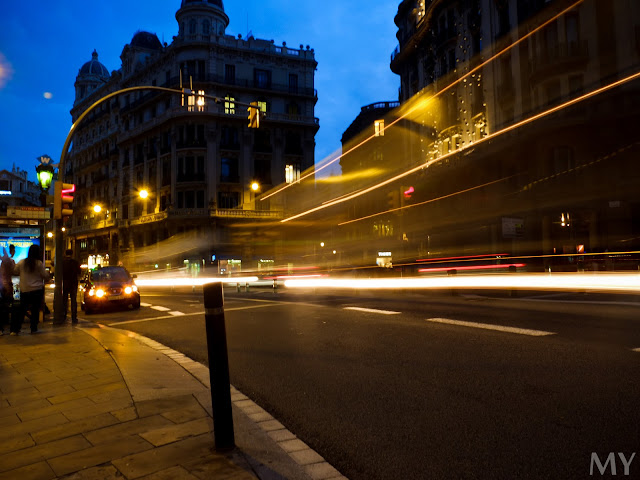 Light trail of Barca
Once you are in Barcelona, you definitely know Antoni Gaudi.
Antoni Gaudi was a great Spanish Catalan Architect that have his masterpiece establish around Barcelona. 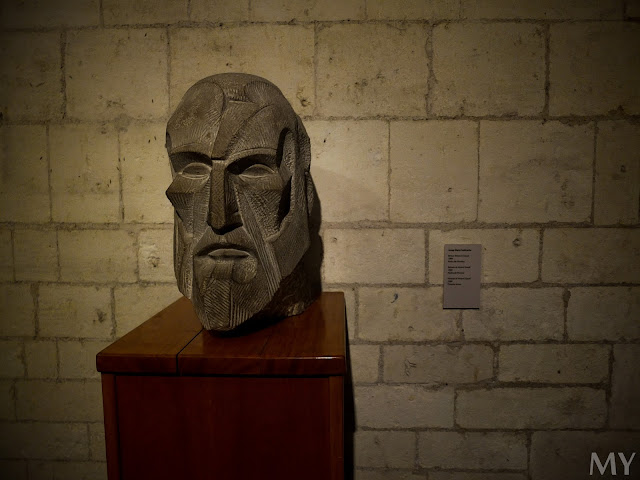 The man
sculpture of Antoni Gaudi
His work is world known and I believe his work is one of the treasure in Barcelona.
One of the most famous of course will be the La Sagrada Familia.

rain or shine,complete or incomplete
(you can press the photo to enlarge...is nicer :)

It is a Gothic design Basilic that was view as on of the most extraodinary work of art.
It is also one of the UNESCO world heritage site.
The irony is that the building was already declared as heritage site before it was even complete.
But we have to know that the construction of the Sagrada Familia begin in 1882.
Since now is 2012,that  mean the construction was going on for around 130 years and still incomplete.
The sad thing is that Antoni Gaudi never actually have the chance to see one of his masterpiece complete as he passed away in 1926. 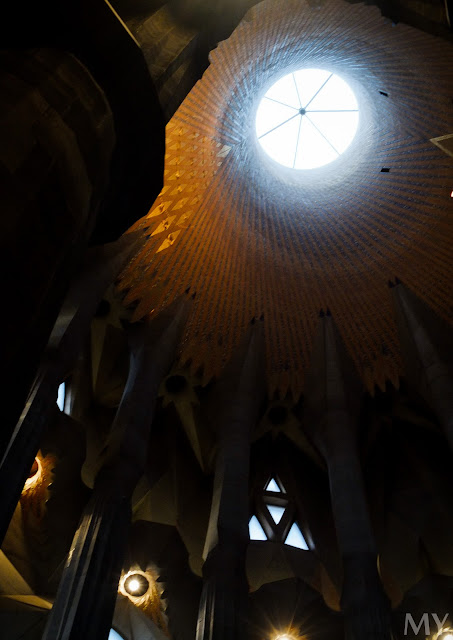 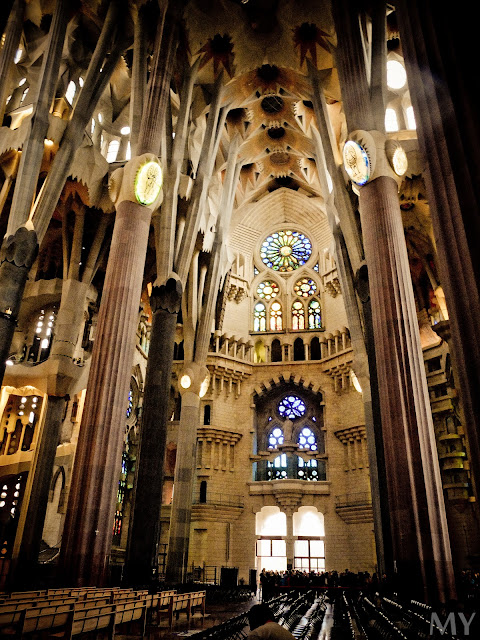 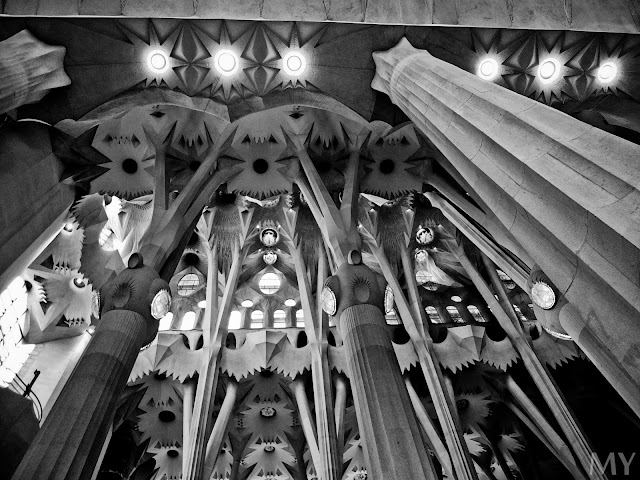 Concrete Jungle
the whole buidling is actually build base on the concept of a jungle.from the front, you can see some bird nest. Inside you can see the pillar are all build like a tree with the roof as the leaves....really amazing.Bravo!! 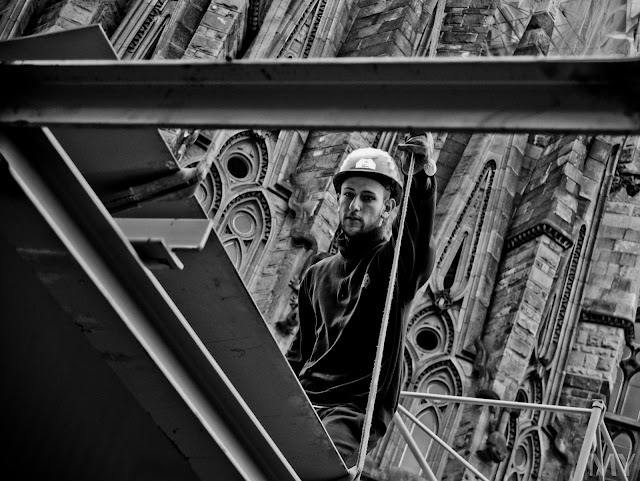 Other then La Sagrada Familia,there are actually a lot more masterpiece from Antoni Gaudi around Barcelona which are very famous....there are also some which are not so famous but still is very amazing. 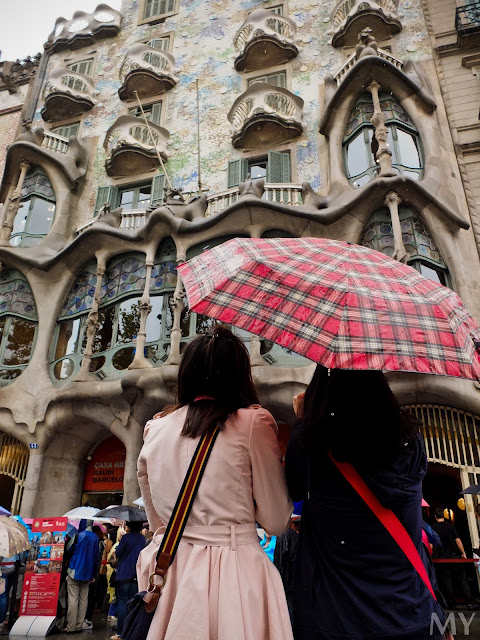 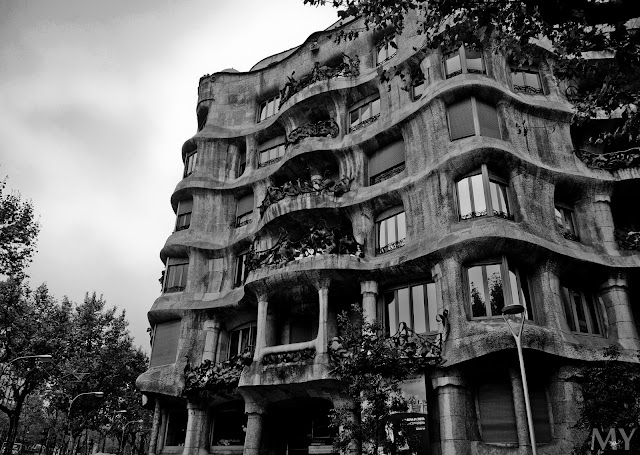 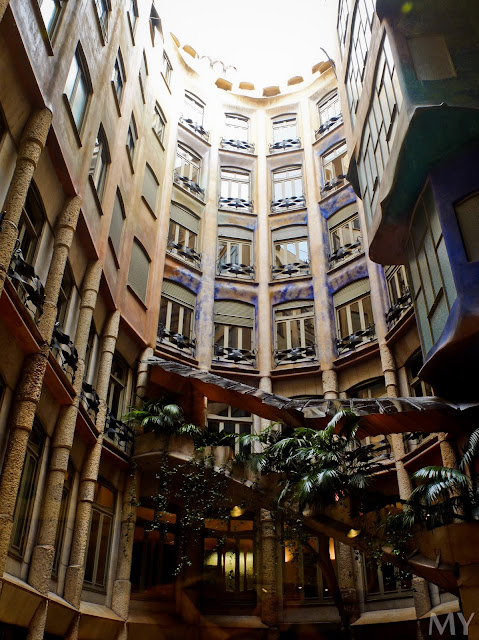 Untitled
Inside the La Pedrera
Aside from La Sagrada, there are a lot more beautiful Gothic design architecture around Barcelona.
You just need to explore around the city and hunt for them like hidden treasure.haha!! 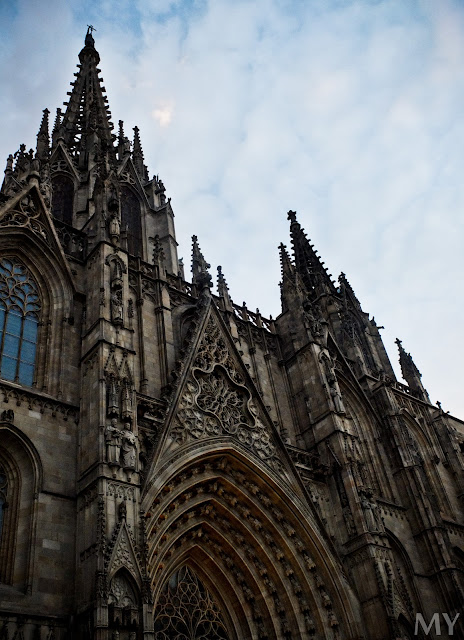 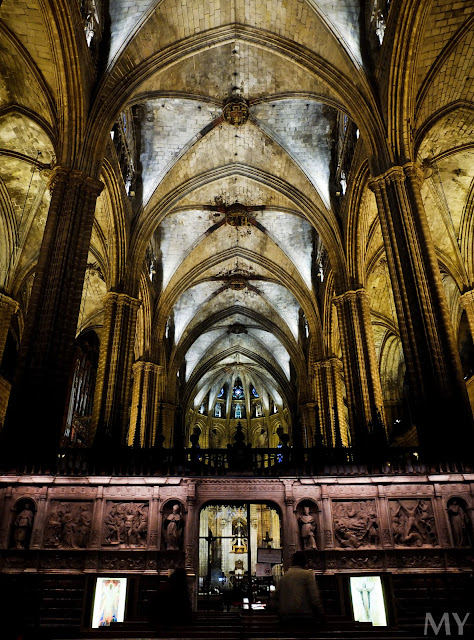 Inside Cathedral of Barcelona 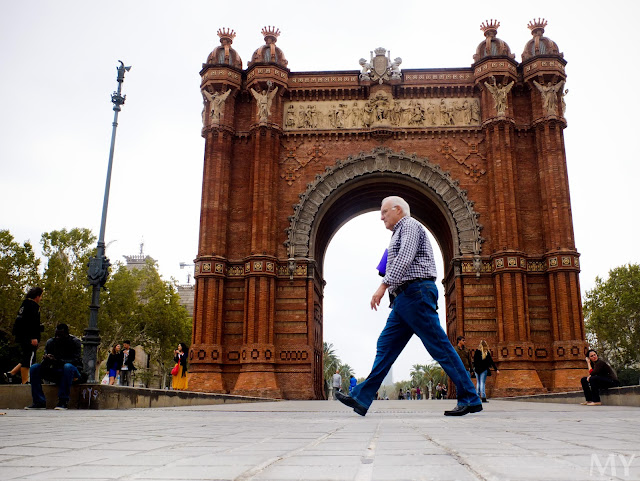 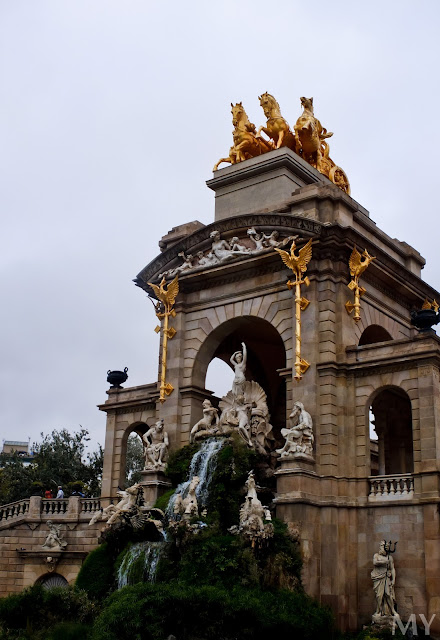 Aside from the building with interesting architecture, you can also visit the port of Barcelona.
Of course is not the port you go and see the cargo. Is the port for the Yacht and also there is an aquarium and shopping mall. Next you can walk to La ramblas which is also one of the hot spot of Barcelona.
There are really a lot of people there selling souvenirs 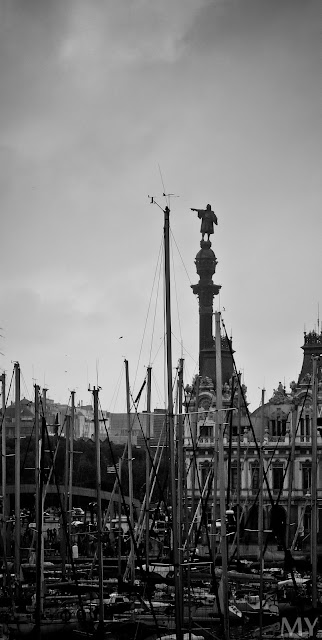 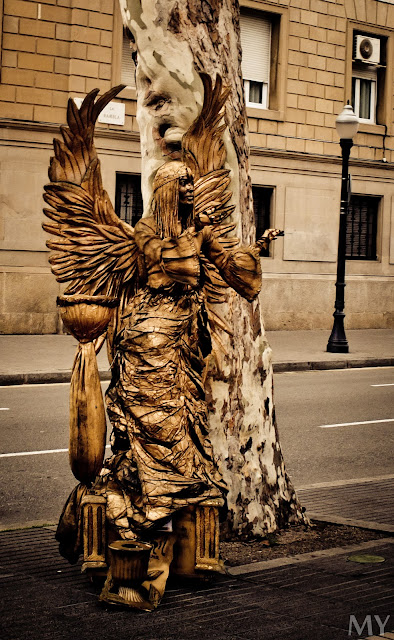 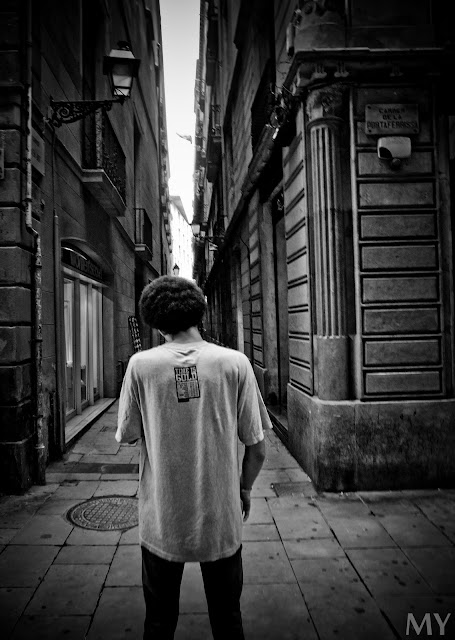 Next, I will drop by Camp Nou to visit Messi.hahaha!!
I guess only happen in my imagination as he is not really there, but I did went to his training field, Camp Nou.
Camp Nou is not located in the middle of Barcelona so I had to take the Metro(Subway) for around 30 min to get there....the Metro are pretty convenience...but you have to be caution of pick pocket. 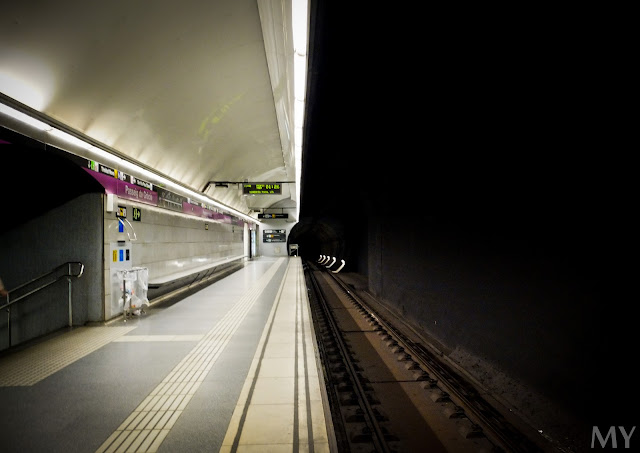 world of man and world of Machine

The stadium is huge but some how it is not like how i imagine it to be. haha
Anyway it is a great experience to be able to see the pitch,trophy vault,some history,the changing room,the hallway when they walk out for a match and all the stuff I normally can't see or only from the TV.
A little disappointing as I did not see any Barca player in person. hahaha!!
But still is an awesome experience.Cheers!! 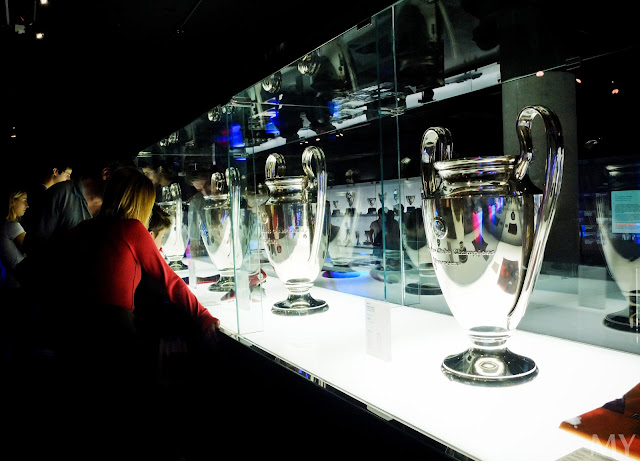 Admiring together
people looking on the Champion league cup won by Barcelona...(it is th real one..don think so) 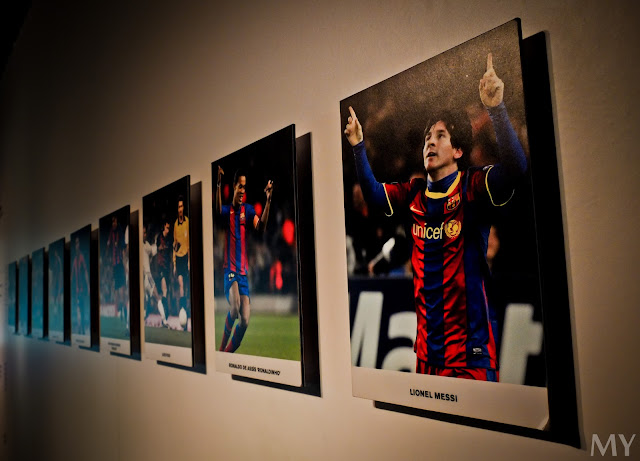 Wall of the legend 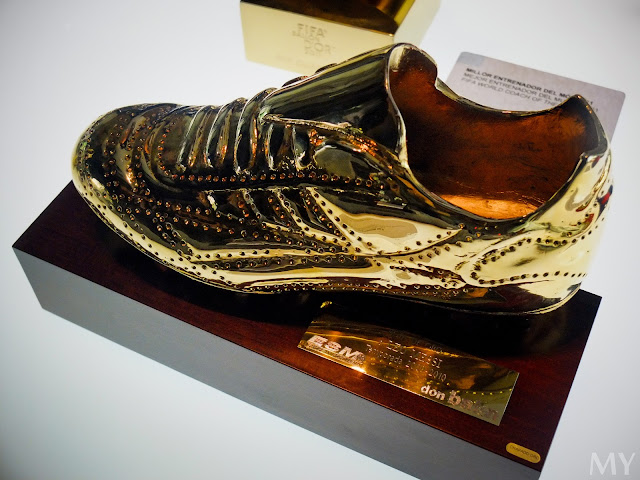 Next will be the Monjuic which is a hill in Barcelona which can allow us to see the panoromic view of the Barcelona. To reach there you need to take the Metro again and take the vernicular to reach the top.
FYI : We bought buy the daily ticket for Metro(subway) ,buses and vernicular.
With that ticket, you are allow to use those transportation without further fee for one day.
It is actually very useful especially for people who doesn't want to walk much
as the location of the Metro station are quite good.

When you first reach the top of the Monjuic, it can be quite empty and quiet.
You can take the option to use the cable car to reach another peak.
( you have to pay for that cable car as the daily ticket do not cover that)
Some how, i choose to walk in the hill.
In the beginning it can be a little boring as there are nothing there.
as you further walk you, you will see some park and museum.
Keep on to the trail you will see the 1992 Barcelona Olympic Stadium. 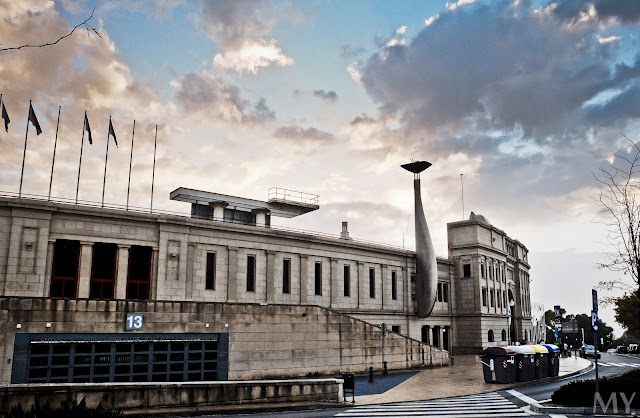 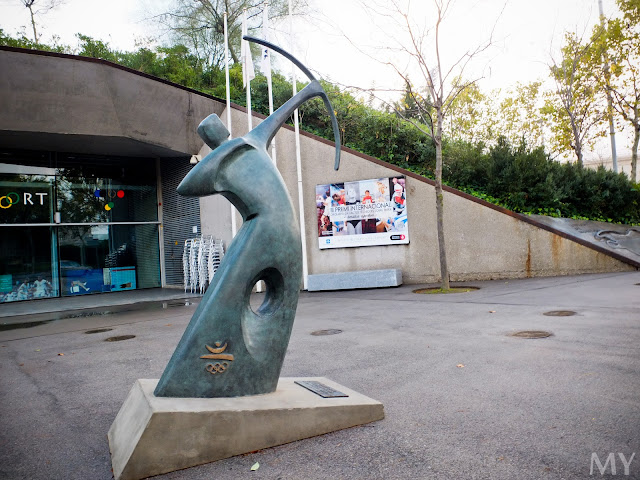 As you further walk inside you will see a very nice buidling which is the MNAC or
The National Art Musem of Catanlonia.
As i walk further to the front, I was surprised with the crowd at that area. It must be interesting if there are so many people gathering there.
As i walk nearer. I saw some sort of water performance from the top of monjuic till the bottom which is Espanya. It will first begin with thing like a water fall that flow from Monjuic to Espanya. As you walk down,you will reach the bottom and see the the big fountain which is also known as Magic fountain of Monjuic.
The magic fountain is a spectavular display if light,music,motion and water acobatics.
You will be able to see some magic in the air when all the element are combine together.
It is really beautiful....Seriously, it is Amazing. 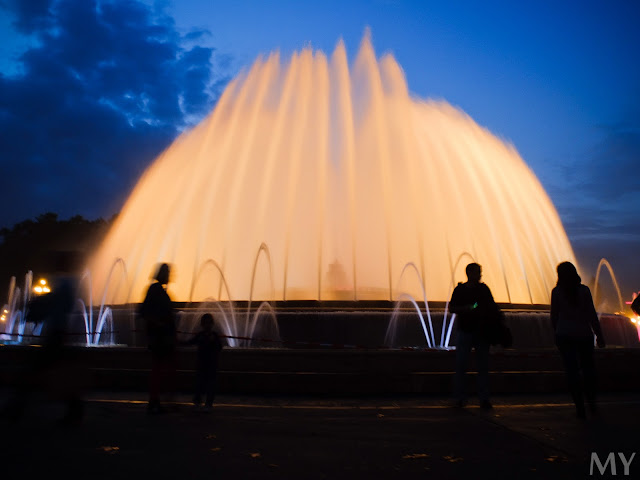 Untitled
this fountain is also known as magic fountain of Monjuic...the view is really magical.haha. but seriously beautiful 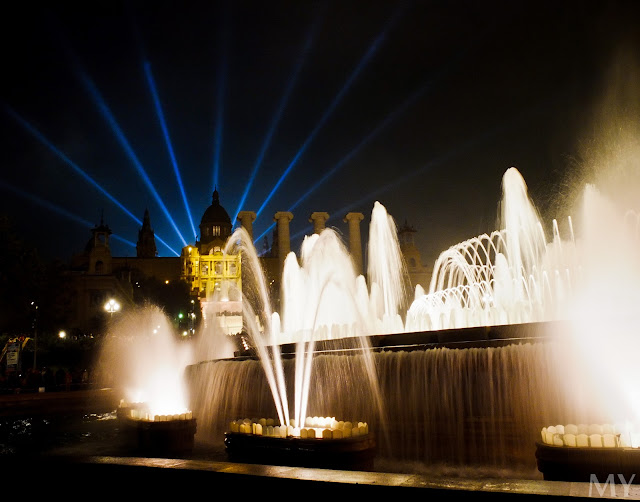 Last but not least, I also went to the beach of Barcelona.
It was early in the morning and cold so it was quite empty and a little hazy due to the weather.
Sunbathing is just not suitable under that weather but there are some people jogging around. 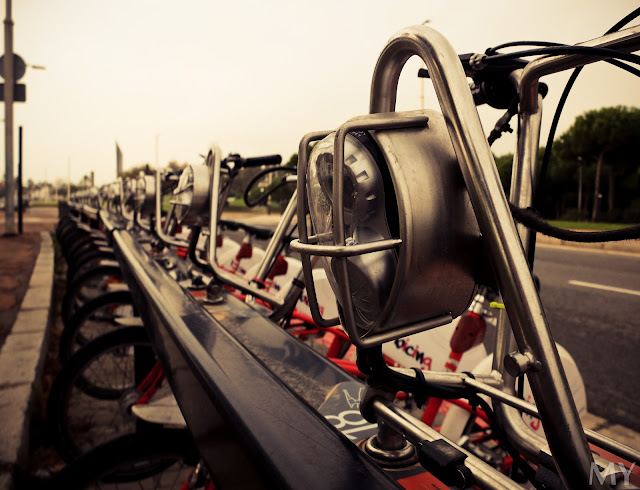 Back to the basic
(wall paper of the day) 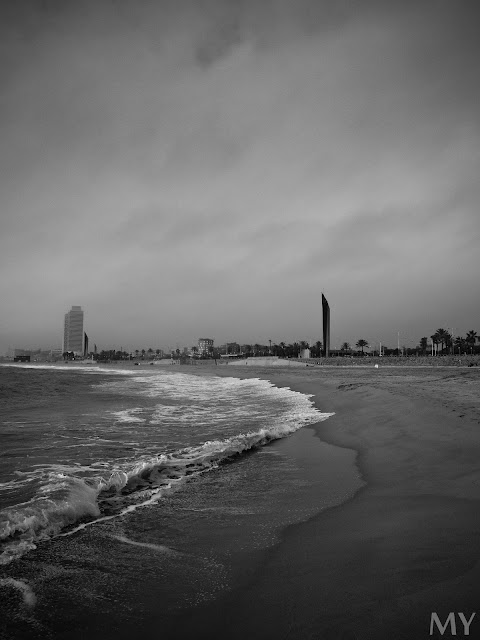 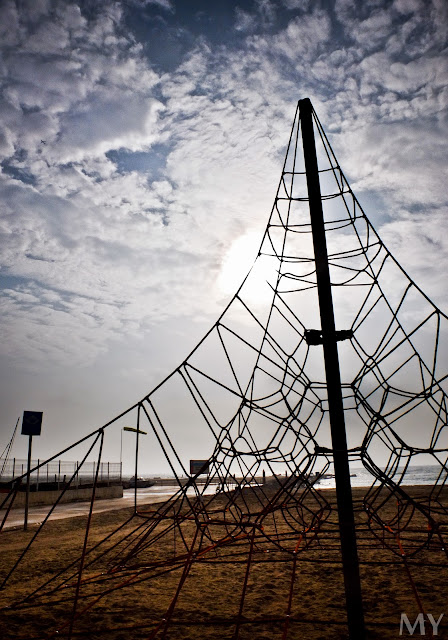 Barcelona is a huge place and there are a lot to talk about but these are the few interesting stuff along our trip. Barcelona is really a very nice place to visit but we must certainly be aware of pickpocket.
Along this trip, one of my friend money was stolen.
So we went to the police station to launch a report.
along the time we waited for the report to be done (approx 30 min),
there are around five to six people when to the police station and report for stolen item.
Basically, there are a lot of pickpocket that target tourist. Hence, be very aware of pickpocket!!
Other then that, Barcelona is definitely a must visit place if you come to Europe.
Enjoy!!!

Posted by Meng Yeap
Email ThisBlogThis!Share to TwitterShare to FacebookShare to Pinterest

Part of the puzzle